The FCAT, Standardized Testing, and Other Fallacies 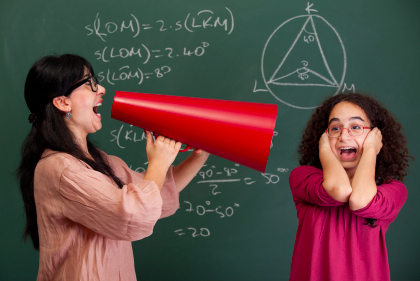 It was reported on a Today Show scrollbar recently that “The FCAT would be retired in three years…replaced with a new type of exam. They will include ‘show your work’ Math problems in grades three through eleven.  In Language Arts and Math, students will take a series of exams that will add up to one final score for each subject.  There will also be a heavy focus on Reading and Computer interactivity. “ The Orlando Sentinel elaborated in an August 21, 2012 article that there would be increased writing as well.  The FCAT, it related, would be replaced with “tougher standardized exams”.   Involved in creating these new tests are not only Florida, but 22 other states included in the Partnership for Assessment of Readiness for College and Careers (PARCC). 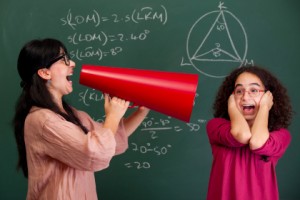 As a neuropsychologist, I evaluate memory, intelligence, reading, writing, arithmetic, attention/concentration, and more, often in school aged children.  Those children are evaluated for multiple reasons, including attention deficit, learning disabilities, gifted, Autism, head injury, and other issues.  I also often work with these children in weekly visits for various problems.  Interfacing with the schools is often needed, as I write multiple recommendations to be used in their educational plans.  After practicing in the field for about twenty years, I have seen the educational system decline with the onset of standardized testing such as the FCAT used to “grade” schools and teachers, and make decisions about retaining children.

It is unfortunate that those making decisions for testing school children so many times exhibit “backward thinking”.  They want the children to learn more, so heavier testing seems the best course of action for these decision makers.  Believing that, if a child is tested more rigorously their learning will improve is a fallacy of reasoning.  As we have seen from the FCAT, this actually could not be further from the truth.

Since the onset of the FCAT, schools have panicked.  In some instances, 16 sight words have been given to pre-kindergarten children.  The mindset is that the earlier the teaching, the better the learning.  Wrong.  Kids’ brains should be learning basic concepts when young.  If you try to build a house without a good foundation, it will keep falling down.  Similarly, children who do not learn their basic concepts, shapes, colors, visual motor activities, even letter names, simply will not have the foundation for later learning of higher level concepts.

Remember the days when you learned your letters in kindergarten and learned to read in the first grade?  I do.  I read pretty well.  Unfortunately, I have seen many children who can read a word, but cannot tell me the names of the letters in that word.  Sure, some kids have the kind of brain that develops early and learns in a “sight reading in pre-kindergarten” kind of way.  If a child is developmentally ahead, or gifted, he or she should receive appropriate programming in the schools as well.  Unfortunately, everyone “studies” toward the FCAT.  (By “studies” I mean practices test taking).  When I was in the gifted program in elementary school, I got to go to an “enrichment center” once a week, which was wonderful.  We learned French, flower arranging, helped build a Japanese style room, practiced ancient types of painting and reproduced Egyptian wall paintings.  I am quite sure that these activities would not have helped us perform better on a standardized test.  However, the enriched learning that took place was invaluable.  It is what I remember most from school.  Too bad that everyone cannot have such an enriched educational experience.

This type of teaching was not only verbal, but also visual and experiential.  With nowadays standardized testing on steroids, there is no such time for teaching to the way a student learns.  For students who are primarily visual learners, they begin to be left out by about the third grade.  By that time, teaching is predominantly verbal only.  The teachers teach by talking.  If you do not learn by verbal means, you are out of luck.  Those who learn primarily visually also often do not learn well by only reading material.  But guess what?  If you are a visual learner, you will still be expected to be tested on the material you were unable to learn because you do not learn in the way in which it was taught.  You will be a round peg to be fitted into a square hole, and nobody cares that you do not fit.  In fact, the student is often blamed, then penalized, if the scores are not as expected.  The only thing that matters is if you pass the FCAT (or the new “unimproved FCAT”).

Along with the erroneous mentality that “the earlier the teaching the better the learning” (and thus the better the test performance), public schools are pushing material on children about two years ahead of traditional grade level material.  The private schools, not to be outdone by the public schools, feel compelled to teach even further ahead.  Usually, their work is about three years ahead of what used to be typical grade level material.

For a large part, teachers no longer teach in the classroom.  They test.  In fact, in the future, if this nonsense continues, they will likely be referred to as “testers”, not “teachers”.   In the “olden days” (meaning “BF” – “Before FCAT”), teachers were able to spend their days in the classroom teaching.  Now, for a large part, teaching is focused toward test performance.  This forces a narrow range of teaching.  Teachers do not have the luxury of using different strategies to help students fully grasp a concept.  Time must be used with a focus on test performance-oriented work.  What used to be homework is now the time when students are expected to learn a large amount of their schoolwork – on their own, or with a frustrated parent who does not understand the reason that that his child has not been taught this material in the classroom.   More and more people are turning to homeschooling.  If a parent has to teach her children anyway, why do it in the evening when everyone is exhausted?  When people have the life situation where they are able to homeschool, they are teaching their children in a manner they deem appropriate, using precious time to teach their children (as opposed to wasting it with testing prep) and avoiding the FCAT all together.  What a concept.  Using time to teach, as opposed to practice testing.  Too bad the schools do not have such a philosophy.

I have heard talk of folks that are excited that the FCAT is going to be discontinued.  Relieved, even.  Of what they are not aware is that there is going to be a new test, more “rigorous” in its place.  When it is said that there is an emphasis on reading in this new test, I expect that those reporting the news are anticipating hearing a cheer from the public saying “Great, kids will be better readers now!”  Just because a test emphasizes reading, does not mean that the children will be better readers.  To be better readers, there needs to be better programs in the schools teaching reading, not a different test emphasizing reading more.   I am curious about what is going to happen to kids that have reading disabilities.  Will they be retained at every possible opportunity because they cannot perform well on the test?  Will they be provided a reader on the testing so that they can perform to the best of their ability? At this time, even children with Autism are taking the FCAT.  I have patients with Autism and Asperger’s who do not know how they arrive at answers, they just know the answer.  (As a side note, some of my patients with these severe disorders experience such stress during testing times that they deteriorate emotionally and behaviorally.  They can sometimes express little else, other than knowing their exact FCAT score.)   Will they be taking the new standardized testing?  Will they be penalized for not “showing their work”?  What is the reason that children ever need to “show their work”?  To demonstrate that they arrive at an answer in the same narrow vein in which he or she has been taught?  I have seen ways of teaching Math recently that make little sense, even to me.  Arriving at a problem in such a manner is irrelevant as far as I am concerned.  In fact, many times I do not know how I know an answer, I just know it.  Does that mean that I am not good at Math?  I made As in Math and Calculus in college and in Statistics in graduate school.  Wonder if I could pass the new standardized testing?

As far as children with learning disabilities and standardized testing are concerned, I am curious about the accommodations that are going to be provided on the testing.  Are the accommodations currently being provided adequate?  Be very careful schools.  There is something called the Individuals with Disabilities Education Act.  I do not yet know of anyone who has a child with a disability who has tested out FCAT noncompliance with the IDEA in a court of law, but it would certainly be interesting to see.  If a child has a Mathematics Disorder, do they get to use a calculator?  What about children with Disorders of Written Expression, or a language disorder?  In some cases, taking the testing may not be appropriate at all.  Parents, do not be afraid to demand accommodations for your child who has a learning disability on standardized testing, from receiving a reader, using a calculator, to extra time, to being exempt all together (and any other appropriate accommodation).

I put my money where my mouth is.  I homeschool my daughter.  She has never taken the FCAT.  As long as I have the ability to continue doing so, and unless I were to run out of options for whatever reason, she will never take the FCAT.  If I feel she is not grasping a concept in a certain academic area, I do not start testing her in that area.  I use different teaching strategies I feel fit best with her learning style.  Deciding to teach kids better does not mean testing the hell out of them.  It does not mean testing them more. It means teaching them more, and if need be, differently.